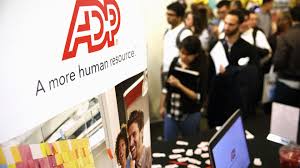 Wednesday’s report of ADP private payrolls could give clues on the labor market, the next part of the economy to be scrutinized after an important manufacturing report showed an unexpected decline.

ADP is expected to show that 140,000 payrolls were added in September, following 195,000 in its report in August. That August number was not a good barometer for the much lower government report of just 96,000 private payrolls in August, but it will be watched nonetheless. Total payrolls were 130,000 in August, including government workers.

The ADP data is released at 8:15 a.m. ET Wednesday (20:15 HK/SG time). The report comes right after a surprise drop in manufacturing activity that raised concerns of a manufacturing recession that could spread to the broader economy.