US Indexes Add To Their Records Closing, What A Great Time To Own U.S. Stocks 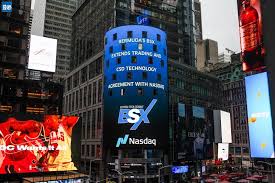 Stocks edged up for a fourth straight day to score another round of records Wednesday, supported by rosier U.S. economic data and ongoing hopes for a U.S. - China trade deal, but Wall Street trading volumes were thinner than usual ahead of the Thanksgiving Day holiday Thursday.

U.S. financial markets will be closed Thursday for Thanksgiving Day and will have an abbreviated trading schedule on Friday.

What are major indexes doing?

Each of the three major indexes closed at a record.

What drove the market?

Which companies are in focus?

Boeing BA, -1.48%  lost 1.5% and weighed on the Dow, after the Federal Aviation Administration said it will keep full control over approvals of each new Boeing 737 Max built since the planes were grounded in March, rather than delegating some of the work to Boeing employees. Also the fuselage of a Boeing 777X split open during a stress test in September, according to the Seattle Times.