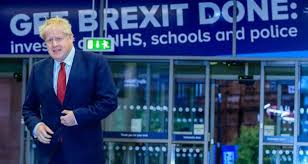 The British Pound is expected to endure a day of volatility as reactions from the EU to Prime Minister Boris Johnson's new set of Brexit plans are due, and he takes the stage to deliver his speech to the Conservative Party conference in Manchester.

The outcome of these events could well offer up some volatility to Sterling.

It is suggested that the plan being made to the EU is a 'final offer', and the thinking of the Prime Minister in the event that it is rejected will likely be revealed when he appears before delegates at the Conservative Party conference in Manchester today.

The Conference speech will unlikely touch on the details of the UK's latest Brexit plans, instead the significance of the appearance could lie in how Johnson positions himself on the issue of taking the UK out of the EU on October 31 'come what may'.

Johnson's stance on the issue has become entrenched, but with Parliament passing legislation that in effect outlaws a 'no deal' Brexit on October 31 it has become difficult to see how the Prime Minister might deliver on his promise.

"The spotlight on Wednesday will be on UK Prime Minister Boris Johnson’s 'final, take-it-or-leave-it offer' for a Brexit deal to Brussels on Wednesday with the likely accompanying threat that Johnson will not negotiate a delay at the European Council on 17-18 October under any circumstances," says Quek Ser Leang, a foreign exchange analyst with UOB.